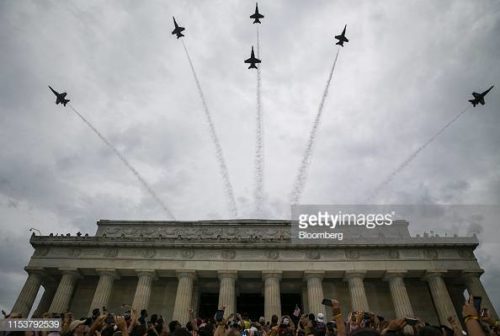 Since 1989, when China massacred thousands of its own people in Tiananmen Square to stop a pro-democracy protest, the country has arguably grown into the world’s most powerful and centralized state. China’s GDP by purchasing power parity (PPP) is approximately $25.4 trillion, while the U.S. GDP PPP is only about $20.5 trillion.[1] One man, Chinese President Xi Jinping, has almost total control of China’s economy and a leadership position for life. China’s authoritarian system, most recently, allowed the COVID-19 virus to become a pandemic. By the time it is controlled, it may have killed up to millions of people.

Defensively, we need to protect our democratic processes from Chinese national influence (for example, U.S. corporations that do business in China and that lobby the President and other decision-makers by donating to campaigns or offering business revenues, including to family members, before and after their term in office). Our defense industrial base and most critical of supply chains should be protected from too great a dependence on overseas, and especially Chinese national, sources.[6] The pandemic has revealed the inability of the deindustrialized democracies to supply themselves with even simple technologies like N95 facemasks and ventilators for life support. We need to double our defense budget, and ask our allies to double their defense budgets, to reverse the trend of our eroding competitive advantage against China,[7] and pay for the Army, Navy, Air Force, and Marines necessary to protect America while forcing China to back down or surrender.[8]

To beat China we need strong allies. This is recognized by both the Trump Administration, which includes extensive references to allies in its National Security Strategy, and by Democrats.[11] We should seek to strengthen alliances with both democratic nations like Britain, Japan and Taiwan, but also with autocratic countries like Russia and Vietnam, if we can get them on our side.

We can contain China territorially through, for example, supporting our most responsible allies in Asia (e.g., Japan, South Korea, Taiwan, and Australia) to obtain the best military technology, including their own nuclear deterrent in what might be called nuclear containment. If we don’t allow allied democracies to have nuclear weapons, only autocratic enemies will have them, including China, North Korea, Russia, and Iran. That nuclear asymmetry in favor of autocratic nations poses unacceptable risk to the world’s democracies.

We can divide China by supporting secessionist movements in Hong Kong, Tibet, and Xinjiang. We should recognize the independence and sovereignty of Taiwan, and encourage our allies to follow suit. Taiwan is the only legitimate government of China, based on the fact that it is the only democratic government of China. The People’s Republic of China (PRC), controlled by the CCP and based on force, human rights abuse, and the lack of freedom of assembly and speech, is therefore illegitimate. Those countries that fail to recognize Taiwan’s independence and derecognize the PRC should be subject to economic sanctions by a broad coalition of countries that support democratic values.[14]

We can democratize China first of all by supporting free access to information in China. “To win this political war against China, the United States must vigorously assert the superiority of its ideology while exposing the falsehood and deceptiveness of China’s,” as Bradley Thayer and Lianchao Han have written. “The best way to do this is to ensure free flow of information into China.” We can also welcome China’s non-STEM students to the U.S., where they have unimpeded access to information. After studying history and politics in U.S. universities, these students will return to China with positive ideas about democracy, where they should be supported to democratize their own country.

There will be countries, groups, and individuals who oppose these admittedly tough strategies against China, including those who do extensive business with China, and who are ideologically aligned with China, either because they are autocratic, communist, or want impunity for their own violations of human rights. China’s policy of non-interference and reorienting international organizations towards Beijing promises despots such immunity.

Countries that are currently most aligned with China include Russia, North Korea, and Iran. Those at risk of jumping off the fence and into China’s arms are Pakistan, Sudan, and Vietnam. In the U.S., there is a network of  billionaires, universities, think tanks and nonprofits that have Chinese national sources of revenue, or that get donations from those who do. This engagement network is subtly influential in U.S., European, Japanese, Australian, and other policy circles. Now that we realize the engagement strategy failed, further engagement with China should be considered a breach of U.S. and allied defenses, through which Chinese national influence can affect our relatively open political system, there promoting paralysis where there should be a spirited defense of values.

These five strategies to beat the CCP entail some military and economic risk, which we must accept as the cost of defending freedom, democracy, and human rights. We have been risk-averse with China, which has led to stop-gap policies of appeasement, which carries its own risks. Our lack of preparedness for the pandemic is a case in point.